Historically the Boerboel developed as a general farm dog for the pioneers who settled in South Africa since the seventeenth century.

These dogs often were a first line of defence against predators and were valuable in tracking and holding down wounded game. Old farmers told many a tale of the strength, agility and courage of the Boerboel. The dangers and harsh conditions of southern Africa allowed only the fittest to survive. The protective character of the Boerboel is today still evident and is much sought after, as is the calm, stable and confident composure of the breed.

It remains the guarding breed of choice amongst current day farmers and is also very popular for the same reason in the urban communities.

The origin and purpose of the Boerboel should be understood in order to preserve the unique identity and qualities of the breed as a South African developed mastiff.

Type, conformation, functional efficiency and mentality are equally important in the evaluation of the Boerboel as a whole.

The aim with the Breed Standard is to provide clear guidelines for breeders and judges to promote a singular vision of the ideal  boerboel.

On this page, you will find information about every aspect of the Boerboel when it comes to the breedstandard.

You can read about: 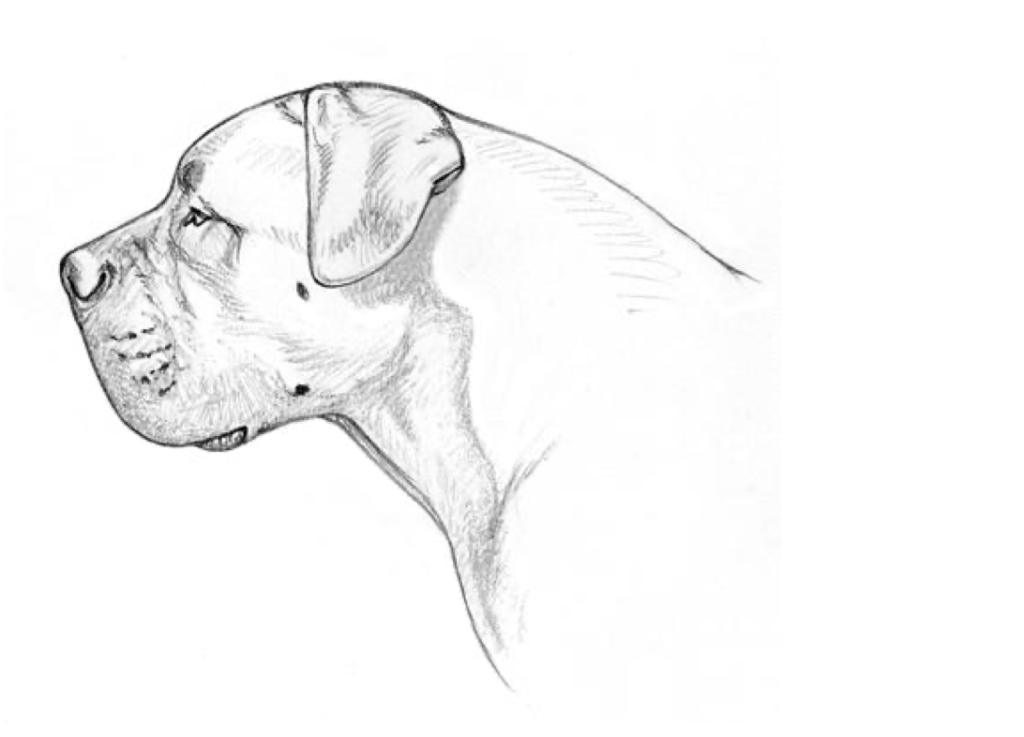 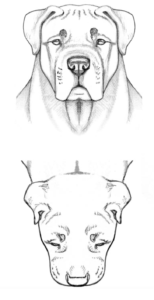 The body is slightly longer than the height and is measured horizontally, from the point of the shoulder to a vertical line at the rear of the rump.
The length of the chest, loin and rump is approximately proportioned 2:1:1. The Boerboel’s legs and feet: 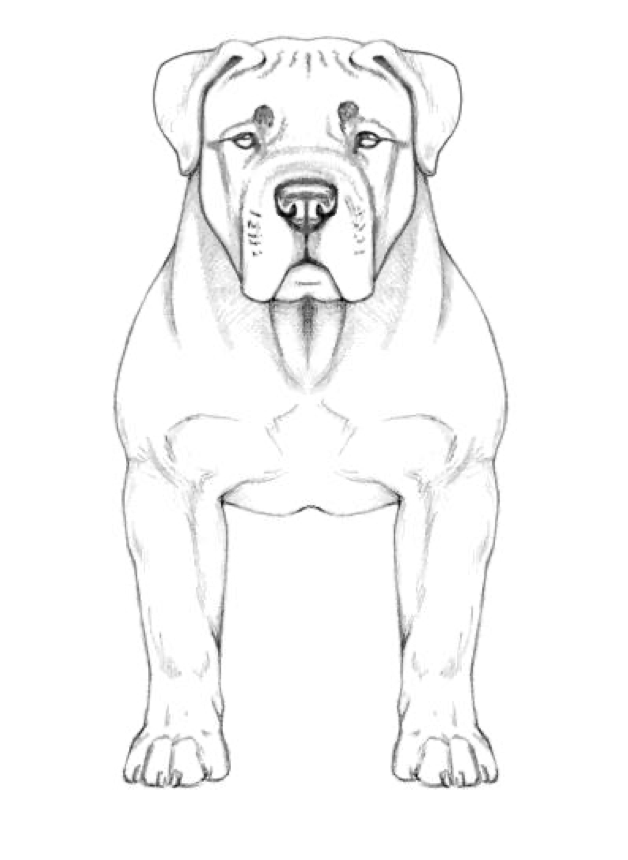 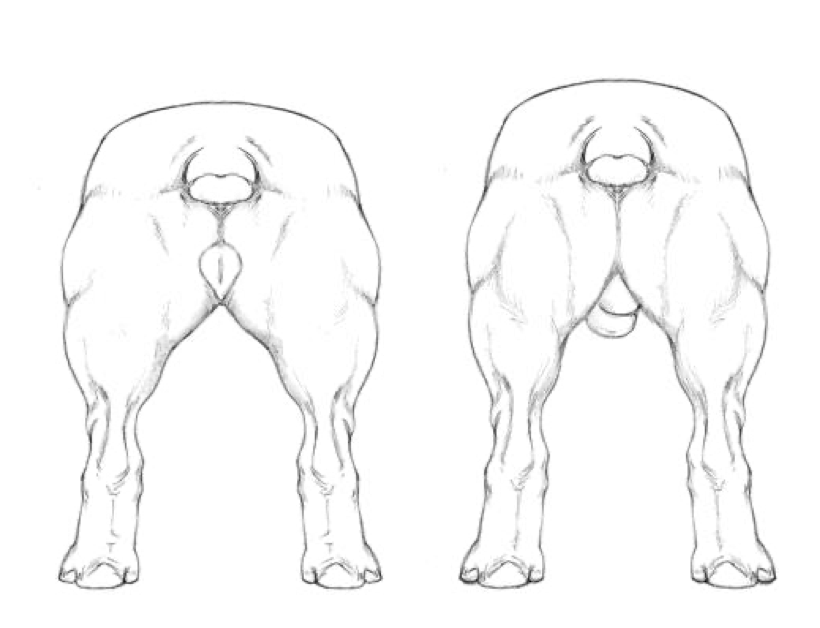 The movement is strong, purposeful, buoyant and fluent, with comfortable reach in front and rear The legs and body should move in line front to rear. The feet moves closer to a center line as speed increases, forming a V shape in the observers mind.

The coat and colour

The Boerboel’s coat and colour:

See photos of all colour variations Any departure from the foregoing points should be considered a fault and the seriousness with which the fault should be regarded should be in direct proportion to its degree.